In honor of International Women’s Day, March 8, the team here at ASSAEL has taken a look back at some of our favorite female leaders. We are inspired not only by their vision, determination and wisdom, but also by their fabulous sense of style. From Media Mavens to Fashion Icons and Heads of State, the future is female, and we are grateful for the pioneers who have paved the way for all of us to forge even further ahead today. 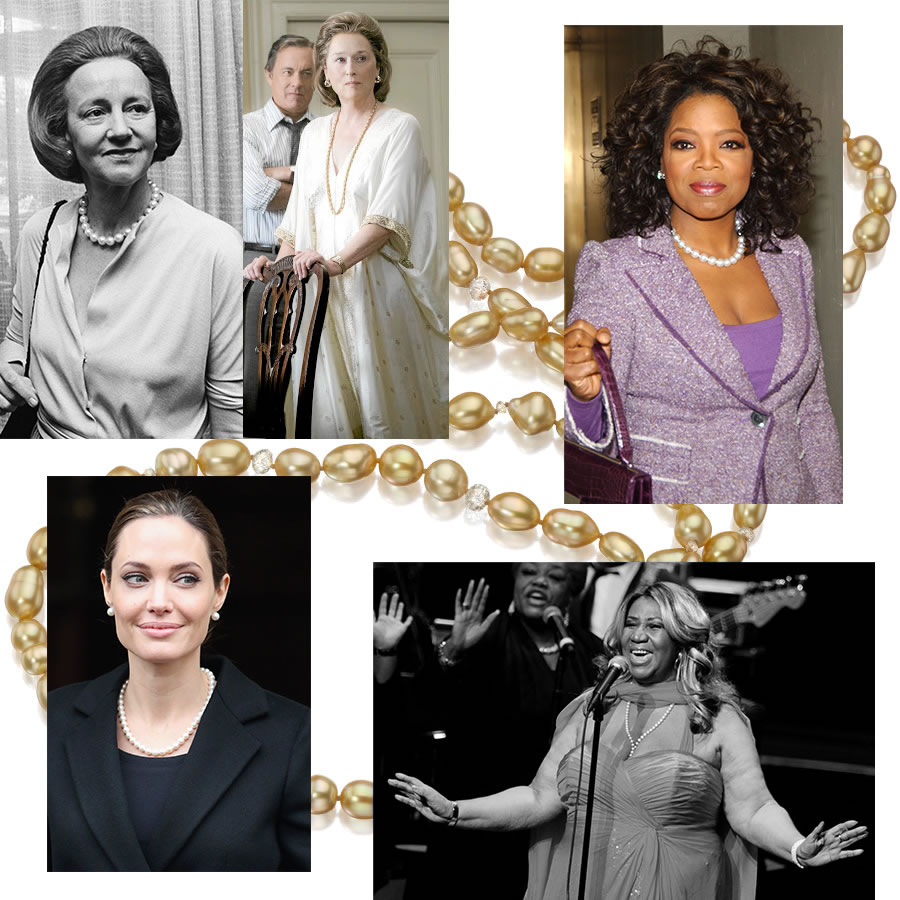 “A mistake is simply another way of doing things.” – Katharine Graham

Katharine “Kay” Graham was only the second female publisher of a major American newspaper, the Washington Post. Brilliantly portrayed by Hollywood icon Meryl Streep in Steven Spielberg’s 2018 film The Post, Graham was a trailblazer who rejected the advice of the bevy of men mansplaining around her. In the face of lawsuits, she decided to publish additional Pentagon Papers—an act of bravery and defiance that was defended by the Supreme Court and which changed American history forever. Another solo female at the helm of a major media vehicle is broadcast producer Oprah Winfrey. Her HARPO Productions and OWN Network have captured the heart of America with Oscar-nominated films like The Color Purple and her legendary Oprah Winfrey Show. Oprah is an inspiration to women everywhere as she now enjoys status as one of the wealthiest women in the world. She continues to inspire us by regularly giving back to a wide variety of charitable causes through her Angel Network. The pearl obsessed can thank both Winfrey and Graham for being forerunners of the power pearls trend.

Angelina Jolie is also a humanitarian leader who uses her media status to make a meaningful difference. In addition to her impressive roles behind and in front of the camera, she is most noted for her advocacy on behalf of refugees as a Special Envoy for the United Nations High Commissioner for Refugees (UNHCR). As a public figure, Jolie has been cited as one of the most influential and powerful people in the American entertainment industry, and she is often seen wearing pearls for public appearances.

Another legend of pop culture is the one and only Aretha Franklin. Franklin commanded R-E-S-P-E-C-T with longer pearls that plunged into her low-cut necklines and moved with her every breath as she hit even the highest of notes. R.I.P. Diva. We will continue to sing your praises and thank you for your unforgettable sense of style.

“I favor pearls on-screen AND in my private life.” – Grace Kelly, Princess Grace of Monaco

Revered female leaders and heads of state around the world have celebrated pomp and circumstance throughout history on podiums, platforms and at gala events with the unmistakable grace and dignity of pearls. First Ladies Michelle Obama, Laura Bush and Jackie O wore their favorite pearls on multiple occasions. Laura’s mother-in-law, First Lady Barbara Bush, was almost always seen wearing pearls. Each of these ladies was known for advancing their own agenda during their husband’s tenure in the White House. Michelle encouraged kids to get up and move; Laura advocated literacy and Jackie famously restored the White House and emphasized art and culture. All three have left an indelible mark on American culture.

Abroad, powerful women of royalty have captured attention worldwide. American born Grace Kelly, who later became Princess Grace of Monaco, never failed to delight the public with her charm and her lifelong love affair with pearls. See our entire blog post dedicated to her favorite pearl looks. The late Princess Diana, the “people’s princess,” also famously adored pearls (view that post here). In more recent days, HRH the Duchess of Sussex, Princess Kate has inspired a whole new generation of pearl lovers by famously pairing royal jewels from Queen Elizabeth and Princess Diana in modern, stylish ways. Between her and Meghan Markle and the Netflix series The Crown, young women everywhere are now fervently loyal to the royals and those luminous pearls they wear on all our small screens. These women “hold court” with elegance and ease, garnering more attention than and far outshining their royal mates. 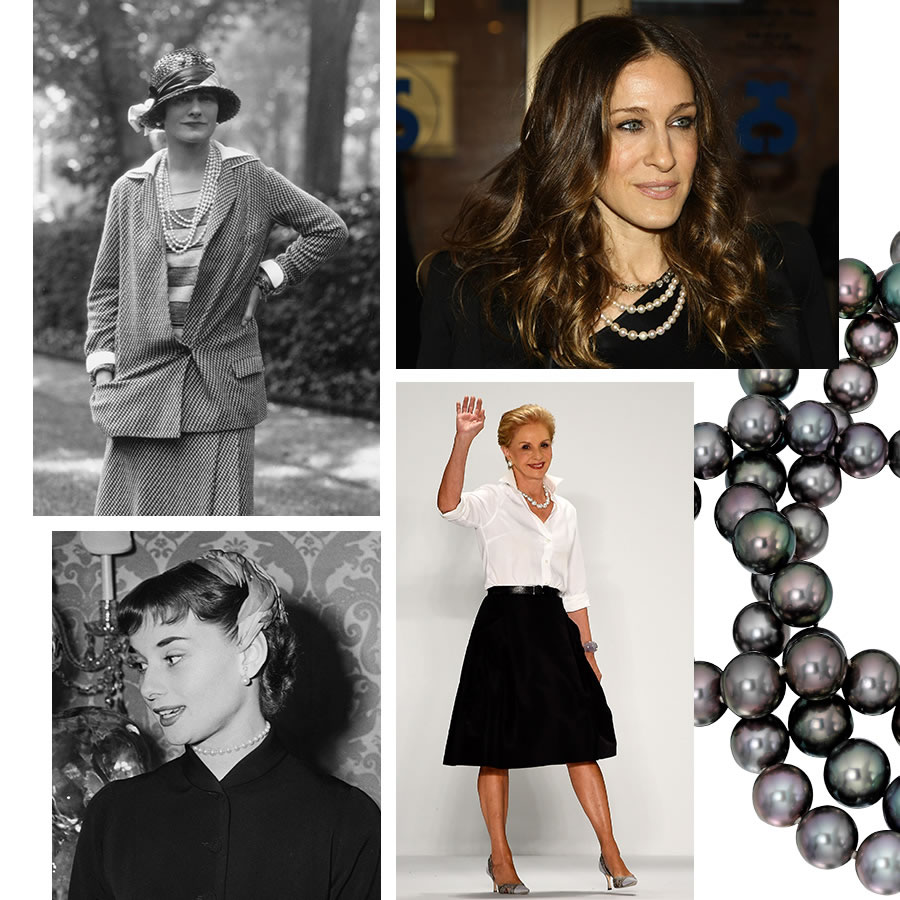 “A woman needs ropes and ropes of pearls.” – Coco Chanel

Given the recent resurgence of pearls on the runway, we’d be remiss not to pay tribute to the leading ladies of fashion who have always celebrated the perfection of pearls. Coco Chanel almost single-handedly brought about the first pearl revolution in fashion during the Roaring Twenties when she liberated women from the infamous corset and popularized a more casual chic style. Her comfortable silhouettes empowered the women of her time, and her eponymous fashion house Chanel is now at the forefront of today’s Cool Girl Pearl trend.

Audrey Hepburn and Sarah Jessica Parker later took up the reigns, inspiring women to make bold fashion choices. In her day, Hepburn made the literal “International Best Dressed List” with her easy effortless style. Her truly timeless image continues to exert its influence as modern day teens and tweens are the fastest growing sect of Audrey fans. SJP ushered in a modern wave of bravado as Carrie Bradshaw taught us all to speak frankly about sex in our modern world. Her iconic style, on and off set, regularly included Chanel’s “ropes and ropes of pearls.” Even the classic-chic mode of trendsetting designer Carolina Herrera comes with pearls—either high on the lobe or high on the collarbone, or both! Special thanks to all of our fashion gurus for helping us re-evaluate the feminine form and express our own individuality while also keeping up with the times. From headbands to sandals, literally from head to toe, we owe you a debt of gratitude for showing us the way to feel and look fabulous.

Remember to celebrate your favorite females on International Women’s Day, Friday, March 8, and continue to pay homage throughout March. It is Women’s History Month all month long. 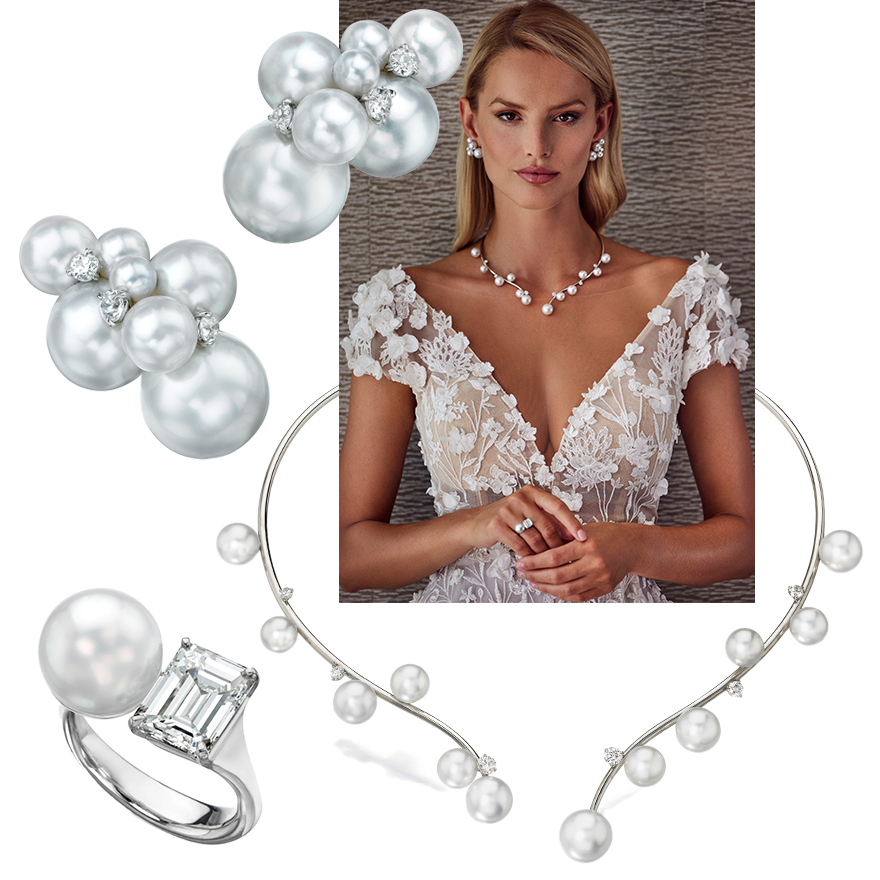 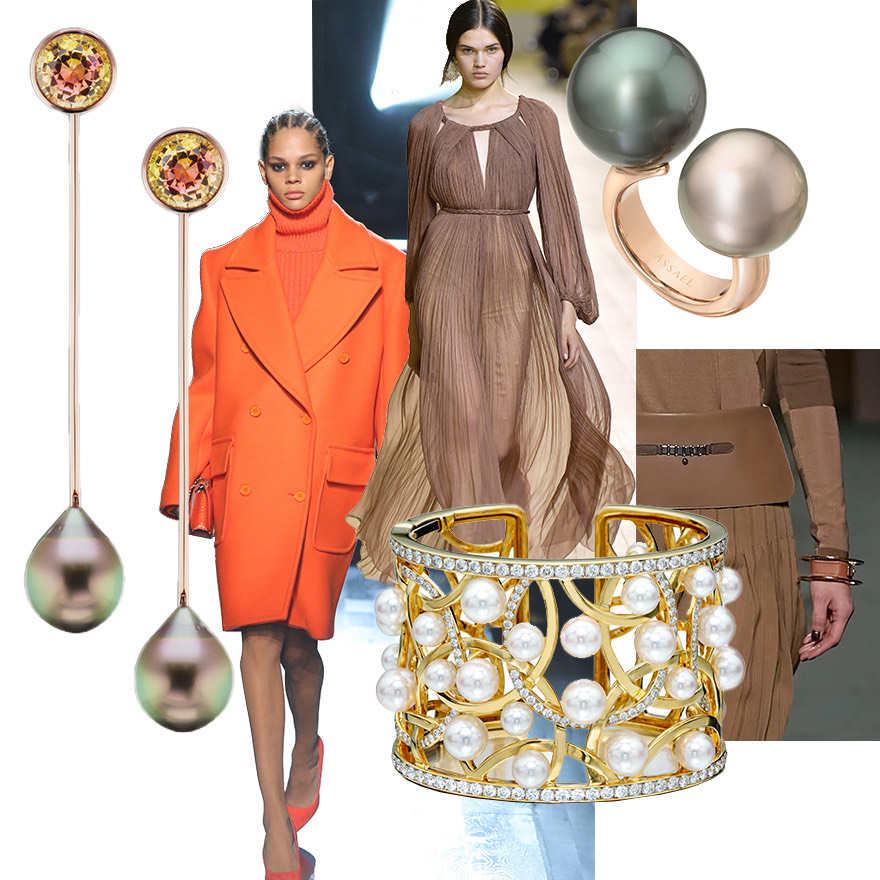